Damn shame, since the episode probably wont air in the US.

Hello everyone, its been a minute since the last new episode aired on Nick Jr, and reruns were pulled from the channel, so its clear that Nick Jr/Nickelodeon does not want anything to do with Abby anymore. (Blame Brian Robbins) However, I do have some good, hopeful news from a reliable source. 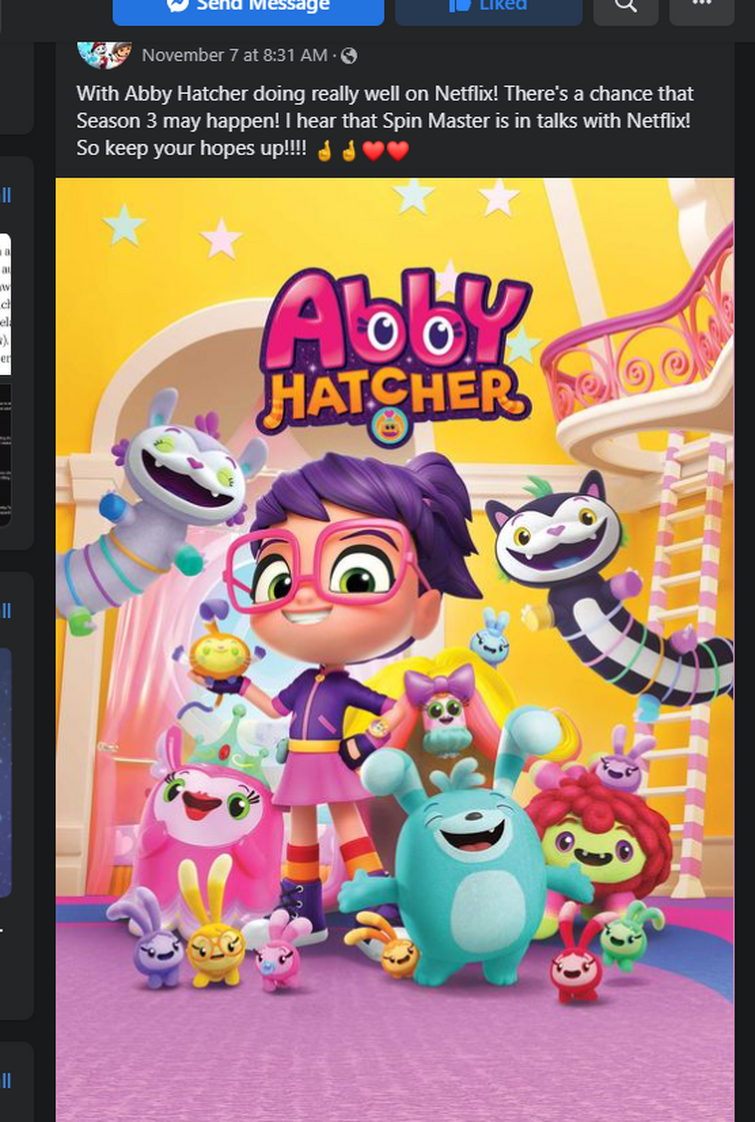 Looks like Abby is doing well enough on Netflix to warrant a potential 3rd Season. Now keep in mind, This is not 100% confirmed yet. So it is not for sure that it will happen yet. But if it were to happen, it looks like episodes wont be airing on Nickelodeon/Nick Jr anymore (at least not in the US) and the show will move to Netflix instead. I really hope that Season 3 becomes a reality, especially after how Nickelodeon mistreated the show and took it off for more Paw Patrol (Basically). So remember, This is not 100% confirmed yet. so I will keep you updated on any news that comes out. Do you think Abby will get a 3rd Season? If so, What do you think will happen/Do you think anything new will be added? Lets just all hope that Season 3 actually happens.

A reply to Beta The Unused
0

Theres nothing thats even wrong with this image...

Its not the creators fault, its Nickelodeon's.

Where will you be reuploading to???

The drive link is private

Its a default profile picture, Tails cat, anyone can use them.

You forgot some of them though.

(edited by 2014foresthillsdrivethealbum)
A reply to Happy2432
0

Yes, I really hope it does.

You still always only talk about Abby and Bozzly, sorry but I have to pick yes